One of the conditions of the heel that can cause a lot of inconvenience is the development of heel spurs. A heel spur is the growth of calcium deposit on the heel bone. This deposit can become a bony protrusion and can cause a great deal of discomfort and pain when standing or walking.

A major cause of heel spur pain comes from the development of new fibrous tissue around the bony spur, which acts as a cushion over the area of stress. As this tissue grows, a callus forms and takes up even more space than the heel spur, leading to less space for the thick surrounding network of tendons, nerves, ligaments and supporting tissue. These important structures in the foot have limited space because of calcium or tissue buildup, which leads to swelling and redness of the foot, and a deep throbbing pain worsened with exercise. 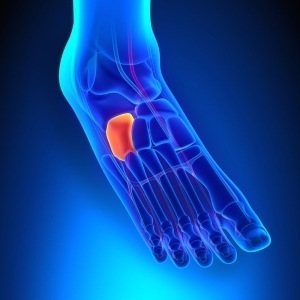 Heel spurs result in a jabbing or aching sensation on or under the heel bone. The pain is often worst when you first arise in the morning and get to your feet. You may also experience pain when standing up after prolonged periods of sitting, such as work sessions at a desk or car rides. The discomfort may lessen after you spend several minutes walking, only to return later. Heel spurs can cause intermittent or chronic pain.

Heel spurs and plantar fasciitis are diagnosed based on the history of pain and tenderness localized to these areas. They are specifically identified when there is point tenderness at the bottom of the heel, which makes it difficult to walk barefoot on tile or wood floors. X-ray examination of the foot is used to identify the bony prominence (spur) of the heel bone (calcaneus).

Get some rest. You need to stay off of your aching foot as much as possible for at least a week. Think about possible causes of the problem while you’re resting and figure out how you can make some changes. Some actions that can contribute to heel spurs include running too often or running on hard surfaces such as concrete, tight calf muscles, shoes with poor shock absorption. Ease back into your activities. In many cases, you’ll be in too much pain to go ahead with a strenuous exercise routine that puts pressure or impact on your heel. Listen to your body and switch to different activities such as swimming or riding a bike until your heel spurs improve.

Surgery involves releasing a part of the plantar fascia from its insertion in the heel bone, as well as removing the spur. Many times during the procedure, pinched nerves (neuromas), adding to the pain, are found and removed. Often, an inflamed sac of fluid call an accessory or adventitious bursa is found under the heel spur, and it is removed as well. Postoperative recovery is usually a slipper cast and minimal weight bearing for a period of 3-4 weeks. On some occasions, a removable short-leg walking boot is used or a below knee cast applied.

To prevent this condition, wearing shoes with proper arches and support is very important. Proper stretching is always a necessity, especially when there is an increase in activities or a change in running technique. It is not recommended to attempt working through the pain, as this can change a mild case of heel spurs and plantar fascitis into a long lasting and painful episode of this condition.

If you’re feeling pain on the bottom of your foot near your heel, pain after exercise or activity, or pain first thing in the morning or after a long period of sitting, then you may have a heel spur. Heel spurs don’t have a magic cure, but you can take steps to ease the pain and to eventually get rid of them.

At the onset of this condition, pain and swelling become present, with discomfort particularly noted as pushing off with the toes occurs during walking. This movement of the foot stretches the fascia that is already irritated and inflamed. If this condition is allowed to continue, pain is noticed around the heel region because of the newly formed bone, in response to the stress. This results in the development of the heel spur. It is common among athletes and others who run and jump a significant amount.

Heel spur is characterised by a sharp pain under the heel when getting out of bed in the morning or getting up after sitting for a period of time. Walking around for a while often helps reduce the pain, turning it into a dull ache. However, sports, running or walking long distance makes the condition worse. In some cases swelling around the heel maybe present.

Most patients who are suffering with heel spurs can see them with an X-ray scan. They are normally hooked and extend into the heel. Some people who have heel spur may not even have noticeable symptoms, although could still be able to see a spur in an X-ray scan.

Heel spurs and plantar fasciitis are treated by measures that decrease the associated inflammation and avoid reinjury. Local ice applications both reduce pain and inflammation. Physical therapy methods, including stretching exercises, are used to treat and prevent plantar fasciitis. Anti-inflammatory medications, such as ibuprofen or injections of cortisone, are often helpful. Orthotic devices or shoe inserts are used to take pressure off plantar spurs (donut-shaped insert), and heel lifts can reduce stress on the Achilles tendon to relieve painful spurs at the back of the heel. Similarly, sports running shoes with soft, cushioned soles can be helpful in reducing irritation of inflamed tissues from both plantar fasciitis and heel spurs. Infrequently, surgery is performed on chronically inflamed spurs.